So here it is, the final call. Finally I get to pick a new palette for the next week. I am almost happy I was sick at the beginning of the week so I didn’t have to come up with anymore looks with this palette than the ones I did. 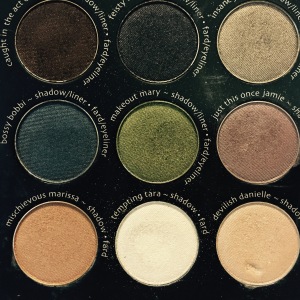 Final Thought: I wouldn’t repurchase this palette. I do like enough of the colours in it that I don’t want to give it away. However I found by the time I was taking it off most days (my makeup goes on at 730am and comes off at around 10pm or later), The shadow had creased fairly badly which is not an issue I regularly have.   This guy is certainly not a stand alone palette either, I found myself having to use a supporting palette every day as well. 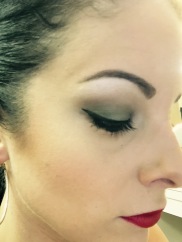 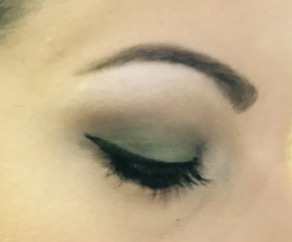 For this look I used Makeout Mary, Caught in the Act Courtney, and Tempting Tara. I also used the Sonia Kashuk Mattes Palette.

Sunday- My Favourite for the Week

For this look I used Devilish Danielle, Mischevious Marissa, and Caught in the Act Courtney and Tempting Tara. I also used Black and Taupe from Lorac Pro.