It’s been awhile since I reviewed the Maybelline palettes. The Brights, Smokes, Nudes, etc… There is a line in How to Lose a Guy in 10 Days when Bianca and her friend are trying to figure out the middle of being overwhelmed and underwhelmed. Could you not just be whelmed? That’s how I felt about those palettes, they worked but were nothing special. They work, but aren’t great, they essentially get the job done, and for $14 what did I want?

There were a few more releases in this line that had come out that I chose not to bother with, until I saw this Burgundy Bar… and wow. This is everything I wanted to see in their previous releases. It doesn’t look like much, but wow I am pleasantly surprised. I picked this up at Walmart for about $12.99, and so far it is more than worth it. 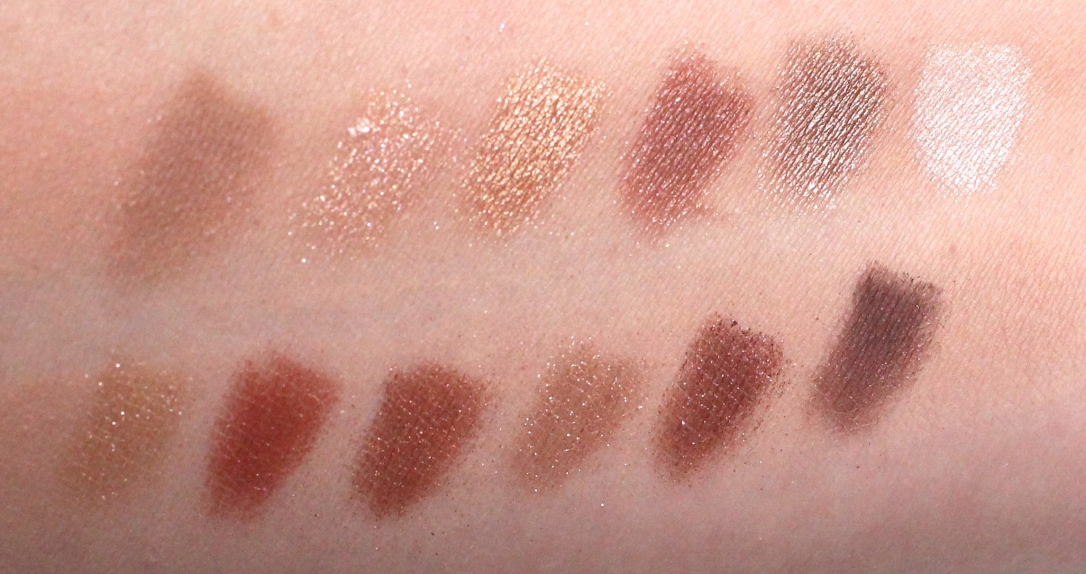 These swatches are done over Painterly Paint Pot using the brush it came with. I never understood the importance of brush swatches until about a year ago. So that is the only way I swatch now.

This palette has 12 shades, and 10 of them are shimmers. The light brown and dark brown on the end of the palette are matte. I do wish there was a matte shade that was a bit lighter as a base shade, but many palettes miss the mark on this for me. I also wish there was a black/dark brown. The dark brown matte shade is just not quite dark enough, so I supplemented with the black from Lorac Pro to complete this look.

By the end of the day, I expected creasing and fading. It wasn’t, it was almost perfect. This means it stood up to my entire day, inclusive of cleaning, playing outside with the dogs in the snow, and literally having my eyeballs licked incessantly by Athena for five mins. (Which seems to be the ultimate makeup remover).

The red and burgundy shades are very pigmented and easy to work with, and are amazing shades to create grungy 90’s looks with. (Which are some of my favourite looks). I will be spending more time this week creating looks with this palette that are more neutral, but I definitely had to bring it up now because I was to floored by it!

Thank you so much for reading 🙂 Let’s be internet friends!